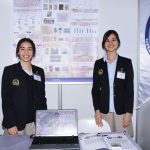 A New Agent in Gene Silencing

Topic: Nanobiotechnology
Media Type: Video
At the present time there are so many threapies for Hungtington, ALS, AIDS amd especially cancer however precise solutions have not found yet this is because the threapies have serious side effects. Because of that scientist looking for new threapeatics.

The discovery of RNA interference (RNAi) mechanism and the introduction of small interfering RNAs (siRNAs) have led to enormous progress in the field of gene therapy. The effective and specific gene silencing ability of siRNA molecules has made them valuable tools as potential therapeutic agents. However, clinical applications of siRNAs have been limited by several structural problems of siRNAs including poor in vivo stability and cellular uptake. Various delivery systems have been developed and used to protect siRNA against degradation and carry it into the cell cytosol efficiently. In this project, poly (2-((2-aminoethyl) amino) ethyl methacrylate) (P (AEAEMA)) a new polymer was evaluated as a potential siRNA carrier. For this aim, the polymer ((amino) ethyl) amino) ethyl methacrylate P (AEAEMA) was synthesized according to the procedure reported by Kurtulus et al. The polymers were characterized by Nuclear Magnetic Spectroscopy (NMR) and Gel Permeation Chromatography (GPC). The cytotoxicity of the polymers was investigated via MTT assay using human ovary cancer cell line, Skov-3-luc. The polymers did not alter significantly the viability of cells after incubation for 24 h. The optimization of the luciferase assay was performed using a commercial transfection agent. The results showed that 24 h incubation with complexes was found to be necessary for the cellular uptake of the complexes and the silencing effect could be observed after the first 24 h incubation. Investigations on the transfection efficiency of the polymers would be the focus of the future studies.
2,636
1,388
416
A New Agent in Gene Si...
GenedazAG2VideoTR
Share on Facebook
Tweet on Twitter