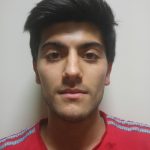 Topic: Open Stem Topic
Media Type: Presentation
In this project, it is aimed to put an end to the mine accidents that many people have ended in death, which is happening in Turkey and in the world, to predict and prevent possible accidents. In the study, a wristband was designed for the miners, aiming to measure the gas rates in the mine, to continuously monitor the health status of each miner and to determine the positions of the miners in case of a dent.
The pulse sensor in the wristband is followed by the miner\\\\\\\'s pulse information, the carbon monoxide and methane gas sensor\\\\\\\'s mine status, and the mishaps that can be experienced in the mine with the emergency button. The measured values ​​of the sensors were sent from the bluetooth module in the device to the bluetooth module located at the mine every five meters. The data is transferred to the data processing center located in the main center via the distributor. The transferred data is evaluated by the personnel in the main center. If there is a negative situation that may occur in the mine, the \\\\\\\"emergency\\\\\\\" message appears on the interface and necessary intervention is made. This intervention is automatically triggered by a sudden increase in gas, the fans in the mine are running, a sudden drop in the pulse of the nearest hospital warning is going on and the miner is interfering at the scene. In the moment of a sudden power outage, the data received from bluetooth has the position of the miner. With M-MATEKS, it is aimed to prevent mining accidents that are frequently experienced by controlling the condition of miners and mines. A mine environment has been established to represent the test system. The school environment was used as the representative mine environment. Experimental mine experiments were conducted and data were obtained. The system has been started and positive results have been obtained. Thanks to the successful completion of the experiment part, this work can be followed in the mine, and the pulse and position information of the miner can be instantly controlled by the data processing center.
By adding sensors to the designed device it can make it more functional. Experiments were not carried out because of lack of suitable medium. Experiments should be made on actual mine and real environment tests of the system should be done. More experimentation will increase the level of sensitivity of the system so that the system can be used to make miners work in a healthier environment. The difference between M-MATEKS and other systems is that the system is fully automatic. Just like in Soma, Turkey\\\\\\\'s biggest disaster, 301 miners lost their lives due to engineer error. This error has been removed with this project because the system is running automatically. In addition, 60 miners lost their lives because of the fire because the cables that transmit the data of the fire-end sensors in Soma were burned. This is a big figure and with this project the cable problem has been resolved completely. Because the system works completely wirelessly through bluetooth. Finally, M-MATEKS costs 500 $, other projects in the world cost at least 5000$. When compared to other systems, M-MATEKS is less costly and operable. The project, the system and the design have been totally misled by the opportunities in the school environment. With any support to be provided, it is possible to obtain a more aesthetic structure of the wristband and the project can be widespread in national and international mines.