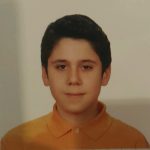 Topic: Health
Media Type: Video
A mutation in a protein-coding gene in DNA can alter the protein structure coded by the same gene. Structurally altered proteins usually lose their functions and sometimes gain an undesirable function instead. These types of mutations and their effects can result in genetic diseases or antibiotic resistant bacteria, among other health issues. Important curing methods have been developed by detecting mutations against AIDS as well as genetic diseases ([1]; [2]). Another example is the influenza virus. The reasons why a vaccination developed to fight against influenza does not work the following year are (a) the mutation of its DNA and (b) the outbreak of the virus after it has been mutated especially if it is a virus that escaped the vaccinations target ([3]). Due to such reasons it is highly important to know in advance the location of a potential mutation in a protein as well as the problems it might cause the medical sciences.
Like other diseases mentioned, cancer also appears as a result of a growing cell or a mutation of accumulated proteins that are actually in charge of the controlled death of a cell (apoptosis). The uncontrolled growth of a cell or its uncontrolled division creates a tumor. In a healthy person these minor tumors are constantly created. A wholly functioning p53 protein stops cancer by killing the cells converted into tumors in a controlled way or by preventing the genes, which are in charge of the division, expressing themselves (Figure 1) ([4]; [5]; [6]). A p53 protein, which has such a critical role in preventing cancer, can also be the cause of it when it loses its functions due to a mutation. If the phenotypic functions of these mutations can be foreseen, a groundbreaking cancer cure can be developed with a smart and target oriented medicine design. Although some types of cancer cures are dependent on pharmacological studies, they are usually centered around casting light on the mutational reasons for the cancer.
Foreseeing the results of a mutation in any amino acid within a protein depends on the estimation of the mutations effect on the protein structure. This is already a very difficult task. It gets even harder combinatorically when multiple mutations occur at the same time. For instance, a p53 protein that consists of 393 amino acids (taking into consideration that each amino acid can transform into any one of the 19 amino acids) gives us a wide configuration of approximately 193 9 3 104 0 0 . In a problem where the possibilities of mutation configurations are increasing exponentially, even if 1000 mutations were tested per day, all the days of the universe would not be sufficient enough. And even if each experiment would cost just 1 cent, all the money in the world would not be enough to test them all. Therefore, we need a sensitive and a strong computational algorithm that has the skills to generalize rules even from a tiny sample.
In the name of developing computational algorithm, the In-
ternational Agency for Research on Cancer (IARC) published a TP53 mutation database that contains 31,420 different p53 gene mutations that are diagnosed in cancer patients ([7]; [8]). Approximately 70% of these wide mutation configurations are due to one single amino acid mutation that takes place where p53 binds to DNA. Although it is highly crucial, the complete structure of p53 protein remains undiscovered. We can only create homological models through biophysical simulations since we only know the crystal structure of the functional region of p53 ([9]; [10]). We can also only calculate the effects of a mutation of a protein on a 1 dimensional sequence, a 2 dimensional electronegativity surface profile and in 3 dimensional amino acid locations. These calculations do not give us enough idea on the functions of a direct mutation since the organization of amino acids in a p53 protein is highly complex and has synergistic relationships. We can briefly define the problem of categorizing the p53 mutations as follows: to foresee whether a p53 protein is active or inactive as a result of alterations in a given series of amino acids.
There have been studies in the field of classic machine learning and statistical techniques ([10]; [11]). However, their performances have so far been far below expectations. One of the important reasons of this low performance is because they have overlooked which amino acids are important in provided data, the approach of heuristic algorithm with evolutional com- parisons, and the interactions in between linear dimensional reduction methods and nonlinear relationships.
Artificial intelligence studies have shown ground breaking developments in recent years thanks to capacity increases in computer technology and their ability to access all sorts of data ([12]). The most important development of all is neural networks models. These models can learn the necessary characteristics from the provided data by themselves in order to foresee the result. This method, known as deep learning, facilitates our lives and provides us with driverless cars, voice recognition systems, visual analysis and unmanned aircrafts among others and resolves our daily problems ([13]). By applying artificial intelligence to medicine and genetics great problems have been overcome in biology in recent years ([14]; [15]; [16]; [17]; [18]).
In this study we have used artificial neural networks, which are one of the latest artificial intelligence technologies, to determine the effects of cancer mutations. The model we developed has given more successful results compared to other methods. We foresee that our model will bring a new dimension to medical research and the medicine industry. #SciChallenge201 7
19
16
1
Determining Positive C...
ARTIFICIAL ...AG2VideoTR
Share on Facebook
Tweet on Twitter