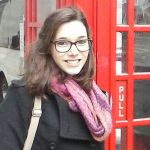 Topic: Open Stem Topic
Media Type: Poster
One of the major problems that our planet is facing is pollution, including pollution of the seas and rivers.
The pollution calls into question our greatest source of survival, destroying the ecosystems and causing the death of many species that live in the waters or whose food source is found there.
We, the generation of the future, cannot be indifferent to the conditions of the world we live in, as future scientists/engineers, we must begin to contribute, so that this chaotic situation does not last. We can do this by collecting the garbage and contributing to the reduction of pollution, in particular through our project.
Our project is based on garbage collection in polluted waters. Being just a prototype it can only be used in small amounts of water, however it can be applied to the oceans, for example in the docks, zones of great pollution.
Finalist
2,589
2,499
30
Antimatter
AntimatterAG2PosterPT
Share on Facebook
Tweet on Twitter