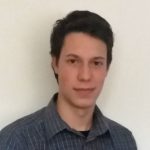 Topic: Internet of Things
Media Type: Video
I bet that you have seen a lot of smartphone based home automation devices. I tried a few of them, but I can say that is so incredibly non-efficient that I had to find out something new. People don\'t want to walk to the other part of the room for their phones when they just want to turn off the lights... so I started thinking.

We need finally a good, stable and new solution for home automation. A remote controller will be lost in a few days, phones are not so efficient as I expected. It was kind of a disappointment when I started to use a phone controlled product with my smartphone. I started to read in my bed and when I wanted to turn off the lights realized that my phone is in the kitchen. It was only good for data displaying, but I rather checked the room temperature on regular thermometer instead of navigating trough the whole menu on my phone. After a few weeks I removed the whole system, it was a waste of money, but I still wanted a good solution to make my home more comfortable

As a big Star Wars fan I was thinking if I could control my TV, lights, toaster (or any other electric device) with hand gestures just like the Jedi nights in the Star Wars universe. I just realized that I could program my Pebble smartwatch with its accelerometer to detect hand gestures and then send valid gestures to m smartphone via Bluetooth then to a small electric device to control household devices. I had some experience in software development so I wrote a JavaScript code on my Pebble Watch with a nice interface and another code on the Particle Photon micro-controller that controls household devices with a relay and even the television with infrared LEDs. They are connected via WiFi through my phone. After designing an universal very stylish circuit and enclosure I tried it out, and it was amazing - this is what a modern house really needs. I designed a SmartPlug basically. (That is smarter than usual) All you have to do is plug in your device into a wall-plug then wait until it is connected and then you can make hand gestures. You will be able to turn on your TV or lights and switch channels, then turn them off. It is so simple to use. Don\'t worry it will never happen that you accidentally control something, because I made a build-in filter in the code. I really enjoy to use it, on the phone is running a simple background app, I always have my Bluetooth turned on so they are always synchronized and I don\'t have to do anything, but make a simple Force-gesture and Voila! - lights turn on - kinda magic, but this is acceptable in 2017.

With the support of SciChallenge I hope that this technology will be used soon in our homes.