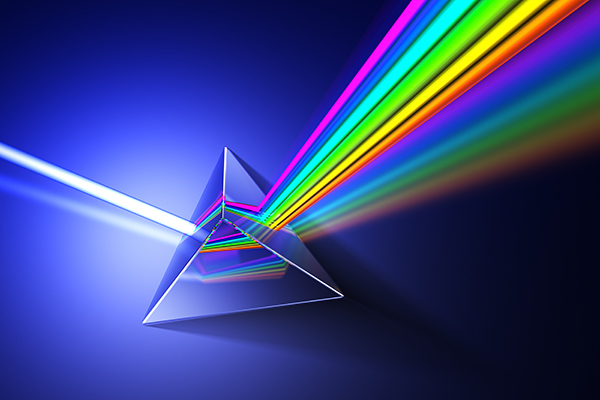 PDF in Download PDFRegister now
Perception Of Colour
Share on Facebook
Tweet on Twitter
Colour vision is the ability of an organism to distinguish objects based on the wavelengths (or frequencies) of the light they reflect, emit or transmit. Colours can be measured and quantified in various ways. Indeed, a person's perception of colour is a subjective process where the brain responds to the stimuli that are produced when incoming light reacts with several types of cone cells in the eye. In essence, people are seeing the same object or light source in different ways.
For example, a group of indigenous people called Himba from Namibia are categorizing colours differently from most Europeans and are able to easily distinguish close shades of green, barely discernible for most people. Perception of colour also depends heavily on the context in which the perceived object is presented. For example, a white page under blue, pink, or purple light will reflect mostly blue, pink or purple light to the eye. The brain however compensates for the effect of lighting (based on the colour shift of surrounding objects) and is more likely to interpret the page as white under all three conditions - a phenomenon known as colour constancy.

Different Perceptions: Our ability to see colour is something that most of us take for granted, yet it is a highly complex process. Typically, humans have three different types of cones with photo-pigments that sense three different portions of the spectrum. Each cone is tuned to perceive primarily long wavelengths (sometimes called red), middle wavelengths (sometimes called green), or short wavelengths (sometimes called blue), referred to as L-, M-, and S-cones. Even if people who are not colour blind, their colour perceptions vary. Therefore, there might be misinterpretations of how colours are processed by our brain. Furthermore, it is very likely that not all colours are perceived differently by different people and also our environment might affect our perception of colour.